Your cart is empty.

Find what you’re looking for

Sugar Skull: History And Meaning Of The Day Of The Dead Skull 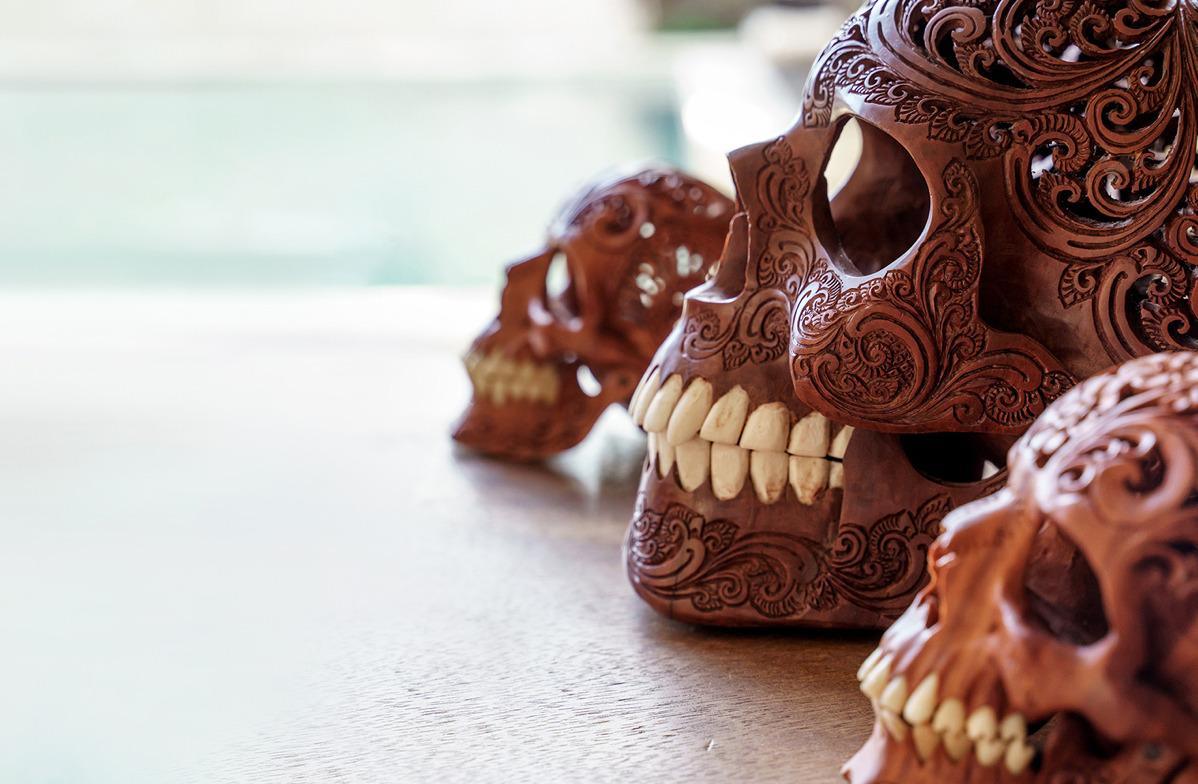 Sugar Skull: History And Meaning Of The Day Of The Dead Skull

Dive deeper into the meaning and creation behind the famous calaveras—also known as your Day of the Dead Sugar Skulls.

We all know that time of year is upon us—spooky season. It’s the time of the year when you put on your cute or terrifying costumes and kids gear up to go door-to-door. As you’re out and about, you’ll notice one of the biggest global symbols greets you in every yard—the skull.

Today, we’re talking about all things sugar skulls. These aren’t the ones that adorn your $1 plastic trick-or-treat bag— they’re the Dia de los Muertos or day of the dead skulls.

As you start decorating your space with all the spooky sights, we’ve provided you with the ins and outs of this fascinating tradition. Keep reading for a deep-dive into what is the meaning of a sugar skull, history, how-to-make them, Dia de los Muertos, and more.

What Are Sugar Skulls?

Sugar skulls are ornate and edible decorated representations of skulls. Usually, they’re garnished with flowers, animals, and decorations. These day of the dead skulls—also known as calaveras—are seen in imagery across ofrendas, paper crafts, and cartoons in newspapers.

Let’s dive into the history of this iconic day of the dead skulls. The modern day calavera is the fusion of two cultures. Keep reading for the insights.

The skull has been a dominant figure in Mesoamerican cultures and societies. A notable depiction is the tzompantli—a wooden rack of prisoner skulls and human sacrifices. Interestingly, these skulls were offered to the god of the underworld.

In pre-Columbian times, skulls and skeletons frequented painting and pottery. The symbolism was the rebirth into the next stage of life.

The Aztecs also had several festivals of remembrance. At these events, they’d worship the Goddess Mictecacihuatl—the keeper of the dead and ruler of the afterlife.

“Life is a brief intermission between birth and death, enjoy it.”

When the Spanish invaded the Mesoamerican cultures, they wiped away most of their traditions. The only exception was the skull.

There was also a European motif that greatly influenced the modern day calavera—and its name is Danse Macabre. The engravings often featured animated, dancing skeletons and represented the inevitability of death. As a result, the Spanish missionaries brought over this imagery and fused it with the Mesoamerican symbols.

What Is The Meaning?

How Do You Make Sugar Skulls?

The day of the dead skull is made with a paste called alfeñique—created from sugar, water, and lemon and several mystery ingredients—that creates a caramel-like mass. Other territories prefer to make them more delectable with chocolate, almonds, honey, peanuts, amaranth, and gummies. Every calavera comes in a different shape and size to represent children and adults.

Each calavera is decorated with brightly colored stripes, dots, and swirls of icing. In addition, feathers, beads or colored foils are glued onto the skull for that added flair.

“God pours life into death and death into life without a drop being spilled.”

One of the most striking things about the Dia de los Muertos skulls is their bright color schemes. This is a must if the calaveras are going to make it to the ofrenda.

Unlike the typical gray skeletons representative of Halloween, these bright and colorful beauties are meant to commemorate families’ ancestors’ lives and impacts they had upon them. They may not be present, but they’ll always be alive in their hearts and memories.

Day Of The Dead & Sugar Skulls

What Is Dia de los Muertos?

Dia de los Muertos translates to Day of the Dead. This holiday was originally an Aztec ritual that commemorated the lives of those deceased. The symbol that is emblematic of this holiday is the day of the dead skull.

Contrary to popular belief, Dia de los Muertos is not strictly celebrated in Mexico. Other countries that celebrate this important holiday include Italy, Spain, the Philippines, Central America and the South American continent.

Dia de los Muertos celebrations are diverse and vary per state and country. The central and southern states of Mexico— Michoacan, Puebla, Oaxaca, Veracruz, Guerrero, Guanajuato, Chiapas and the Yucatan. Northern Mexico— have colorful celebrations, elaborate ofrenda altars and parties in the cemetery,

On the other hand, celebrations in Northern Mexico include scrubbing their loved ones’ graves and going to Mass.

Celebrators in Italy, Spain, Central America, South America and the Philippines all celebrate All Souls and All Saints Day November 1-2. Similar to Northern Mexico, they celebrate by attending special masses and cleaning the cemetery tombs.

One of the most notable calavera-style creations of Posada was La Catrina—a caricature of the 19th-Century upper-class Mexican woman. This depiction was immediately embraced during Posada’s era.

Additionally, La Catrina was regarded as the embodiment of death and as one of the main symbols of the holiday. You can see renderings of La Catrina in paper maché figurines, wood carvings, and pottery holiday decorations.

Let’s be real, the day of the dead skull is striking—but so are animal skulls. This Halloween, step up your skull game with our one-of-a-kind, hand-carved cow, buffalo, longhorn or ram skulls.